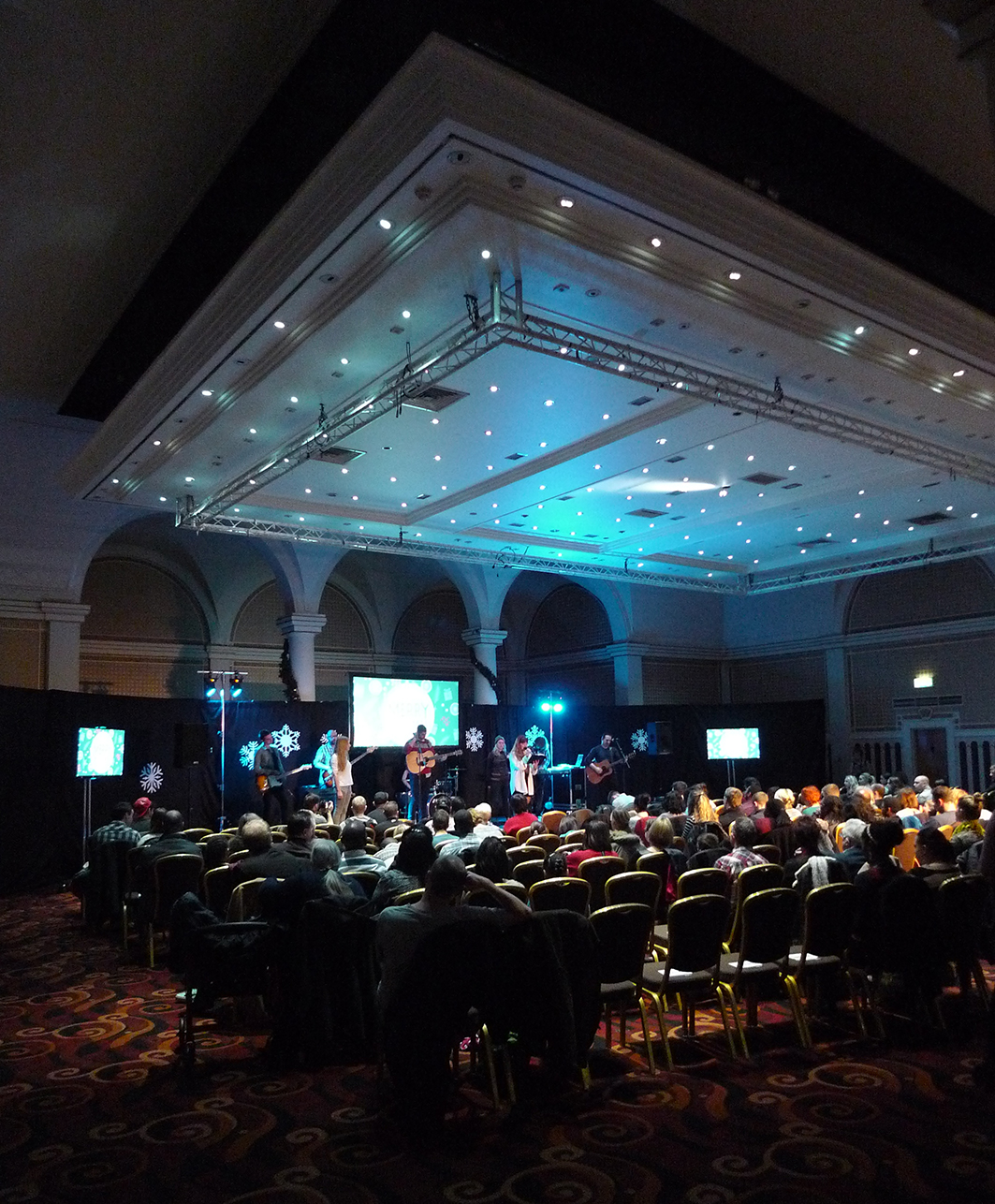 On 20 December I spent a weekend in Leeds.  The city is the third largest in the UK (after London and Birmingham) but this agglomerative accolade is as much the outcome of cookie-cutter administrative boundaries than any geographical fact.  It is a regional centre for banking and retail, along with significant remnants of its once dominant role in manufacturing.  On the recommendation of a friend I decided to stay at the Queens Hotel, an eerie Art Deco building dating from 1937, because I had been given a small task to complete: to photograph the hotel ballroom.  The ballroom of the Queens Hotel has a distinctive place in the music culture of northern England — during the late 1970s many bands performed there— but what is the venue like now?  I finally set out to complete my task on the Sunday morning but immediately found that the pathway to the room was staffed by succession of stewards for the LIFE Church, a recently founded religious organization based in Bradford, with branches in Leeds, Belfast, and most recently Warsaw.  As an agnostic atheist I felt rather like an imposter edging my way ever closer to the room; as I neared the entrance someone tried to hug me, I was clearly entering an alien spiritual domain.  The room was filled with a glittering darkness of acoustic guitars and biblical incantations; an imaginary post-industrial nirvana far removed from the sound and fury of the past.