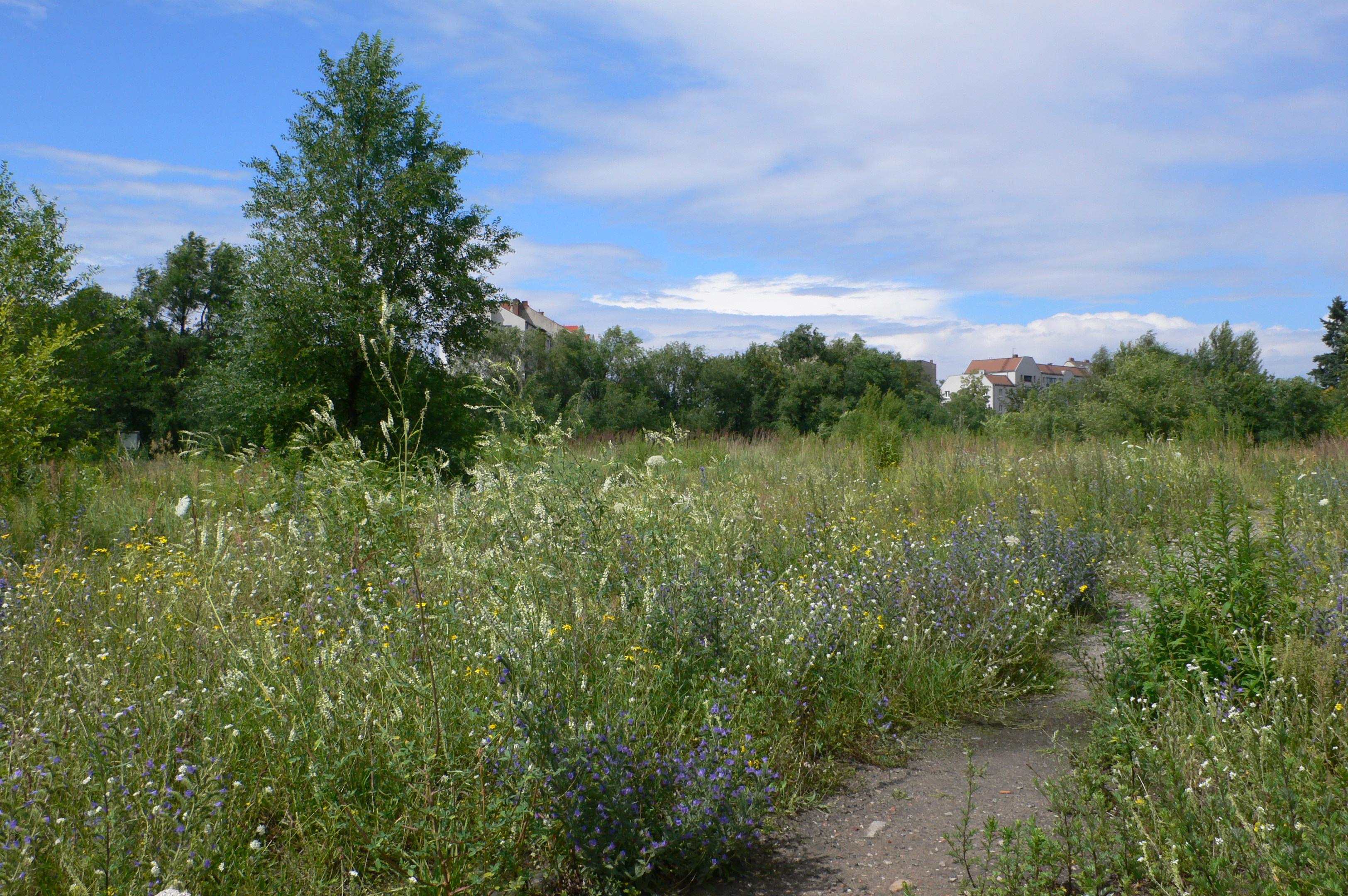 Since the summer of 2004 I have got to know a corner of Berlin very well, where the Chausseestrasse, running north-south, meets the quieter Linienstrasse from the east. In 2004 this corner of Berlin, where the district of Mitte, the centre of the former east Berlin, meets “Red Wedding”, the traditional bastion of working-class Berlin and one of the poorest districts of West Berlin, was surrounded on three sides by “empty spaces” where the Berlin Wall had once been. The large plot to the east of the Chausseestrasse had become a vibrant meadow full of birds, butterflies and wild flowers, dominated by brilliant blue patches of Echium vulgare which goes by the extraordinary English name of Viper’s Bugloss (it is also known in German as Snake’s Head or Natternkopf). On the north side of the street a drab municipal park to the south an ecological paradise.

One summer evening I stumbled across an extraordinary moth that I didn’t recognize at all: I carefully took a photo and let it go. It turned out to be Cucullia fraudatrix, an eastern European species at the extreme west of its range in Berlin, that normally flies over dry grasslands. But is not only nature that fascinates me in these places: objects and fragments also become part of this spontaneous landscape where rusting pieces of metal appear perfectly placed as if in an urban sculpture garden.

By 2010, however, these open spaces are in accelerated retreat: to the west of the Chausssstrasse a vast new office block is close to completion that will house the headquarters of the German security services. Next door, in pristine brick, is a new building belonging to the Berlin water works. Two normally hidden infrastructural arms of the state now lie side by side, like shiny mushrooms sprouting from their tangled mass of networks hidden from view. And the urban meadow on the east side of the street, that I had explored over several summers, is now fast disappearing: about one-third has become a petrol station and another third a parking lot.

Returning yesterday I could no longer see the meadow from the street. It is now surrounded by a high wooden fence: a moment of enclosure before its final and inevitable erasure. I took some photos as suspicious drivers entered the petrol station. Somewhat disheartened and trying to keep warm in sub-zero temperatures I crossed the street and noticed a wire fence next to wooden billboards. There was a small gap and I stepped through. A tangled mass of plants reached above head height and the ground was hard with frost. After taking a few paces I realized that this was just an “antechamber” to an extensive ribbon-like void space stretching hundreds of metres where the Wall had once been. It was like entering a series of rooms each more mysterious than the last. A discarded bottle lay among dead leaves and there were some occasional strips of red tape: people have been here.

Of course the word “void” is somewhat misleading: these spaces have become temporarily detached from the urban land market or their ownership remains shrouded in uncertainty. In other cases they are simply held by someone as speculative parcels of land until their value rises or they are vestiges of state disinvestment and the dismantling of the DDR. As this quarter of Berlin becomes more prosperous their presence becomes more anomalous. On re-entering the street there is another billboard I had not noticed before: the site is to be redeveloped into sixty luxury apartments. Computer generated images show faux Wilhelmine façades — the favoured retro look for wealthy newcomers to Berlin — along with modern blocks little different from the latest developments in London, Buenos Aires or elsewhere.

On the other side of the street next to the petrol station is a small memorial to the Berlin Wall: a recent addition I had not noticed before. Some explanatory text in four languages (German, English, French and Russian) is encased in a discoloured plastic stand next to an inconspicuous metal inscription set in the pavement below. On the opposite corner stands a grey six-storey housing block — a typical example of working-class housing dating from the 1950s — where many apartments would have faced the Wall only metres away. This block was once a distant outpost of the island city of West Berlin and it now looks out on a landscape that has again been utterly transformed. The neatly printed names next the entrance are mostly a mix of German and Turkish names and there are battered fly-posters nearby advertising yoga classes and anti-fascist action.

When the DDR collapsed in 1989 there were brief hopes that an alternative and truly democratic German state might emerge but the remnants of East Germany were quickly subsumed within the capitalist behemoth of West Germany. In the hollow imprint of the absent DDR, however, a unique medley of spontaneous landscapes has emerged over the last twenty years that provide a poignant symbol of urban possibilities. They reveal a city within a city that is not stage-managed for greed or consumption but a myriad of quieter spaces awaiting their rediscovery.