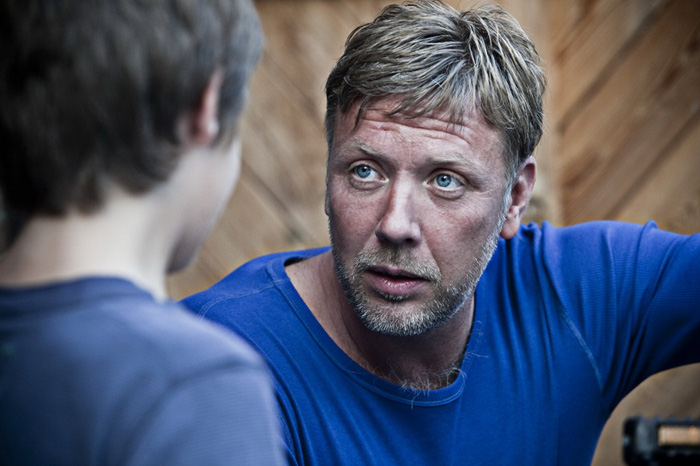 The Danish film Hævnen (2010), also released under the English title of In a Better World, is a real gem. Directed by Susanne Bier, Hævnen, meaning revenge in Danish, is a subtle and powerful exploration of anger, grief and violence.

A bullying incident at school invokes a brutal retaliation that leaves us feeling decidedly uneasy: the bullied boy’s new friend is struggling with grief over his mother’s death which he channels into a ferocious assault on the school bully. We want a decisive retaliation but the incident goes too far. At this point the film bears some initial similarities with David Cronenberg’s A history of violence (2005), but in Hævnen the sense of emotional tension is sustained throughout and there is no descent into cartoon mobsterism.

The bullied boy’s father, played superbly by Mikael Persbrandt, is also caught in an ugly street incident watched by his son and his new friend (and protector). The father is slapped and insulted by an aggressive stranger but does not retaliate. He tries to explain that his passivity is a sign of strength but his son and his friend cannot accept this and secretly plan a revenge attack of their own.

As a parallel narrative, the father of the bullied boy works regularly as a doctor in a refugee camp in war-torn east Africa: a few days later he is faced with the moral dilemma of treating a man who has brutally attacked women in nearby villages. After his treatment, however, the man begins to taunt the doctor over his crimes and in a sudden rage the doctor pushes him to the ground. It is a striking and extraordinary scene that profoundly tests our emotional response to anger.

Using the tranquil Danish countryside as a backcloth Hævnen is a multi-faceted exploration of how anger drives and distorts human relationships. Bier presents a much more effective exploration of violence than Cronenberg because she detects the incipient traces of violence all around: there is a pervasive sense of fury that leaps like sparks between the main protagonists. The eventual denouement, following the boys disastrous attempt to avenge the street incident, is all the more powerful because we have grown to know the complexities of the individual characters and we as an audience have made an emotional investment in the final outcome.