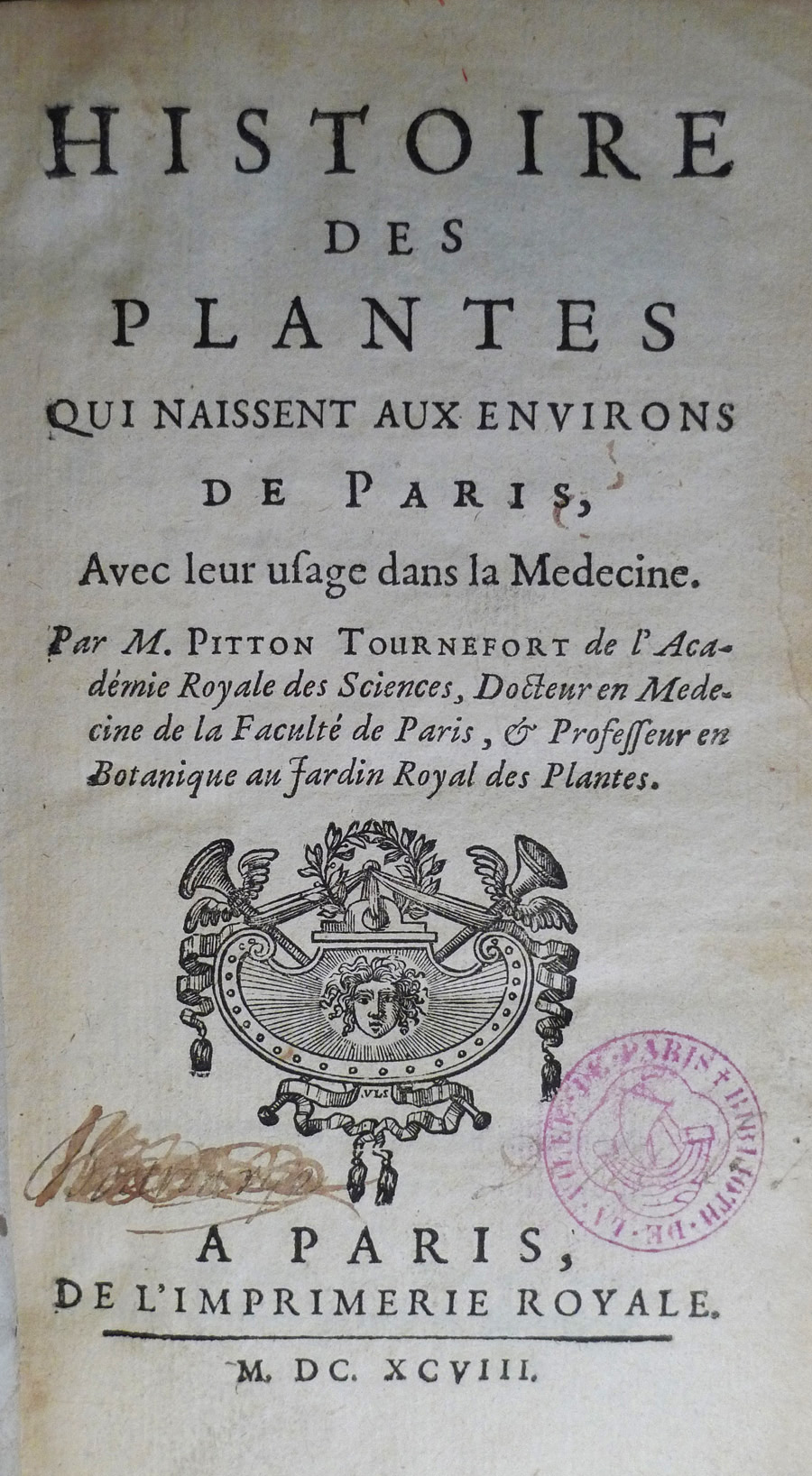 Earlier this week I spent some time at the Bibliotheque Historique de la Ville de Paris as part of my investigations into the history of urban nature. I had already found some interesting studies of plants growing in and around Paris from the nineteenth century but then noticed a record of a much earlier book from 1698. After waiting a few minutes with a sense of expectation in the library’s elegant reading room the old book was brought out for me to see and placed on a special kind of velvet cushion along with small weights to help open the pages. As I opened the first page I felt a sense of astonishment and delight: this is exactly what I had been looking for. Lying somewhere between a scientific treatise and a popular guide to wild plants I found myself immersed in a different yet recognizable world: many of these plants already had vernacular names along with an early pre-Linnean system of scientific nomenclature. The book itself made reference to over 60 further works providing a kind of compendium of botanical knowledge in Europe at the time. Place after place mentioned in the text was either familiar to me or easily locatable on the map. I felt as if I was accompanying the author, Pitton Tournefort, through the landscapes of Paris and its environs at the end of the seventeenth century.