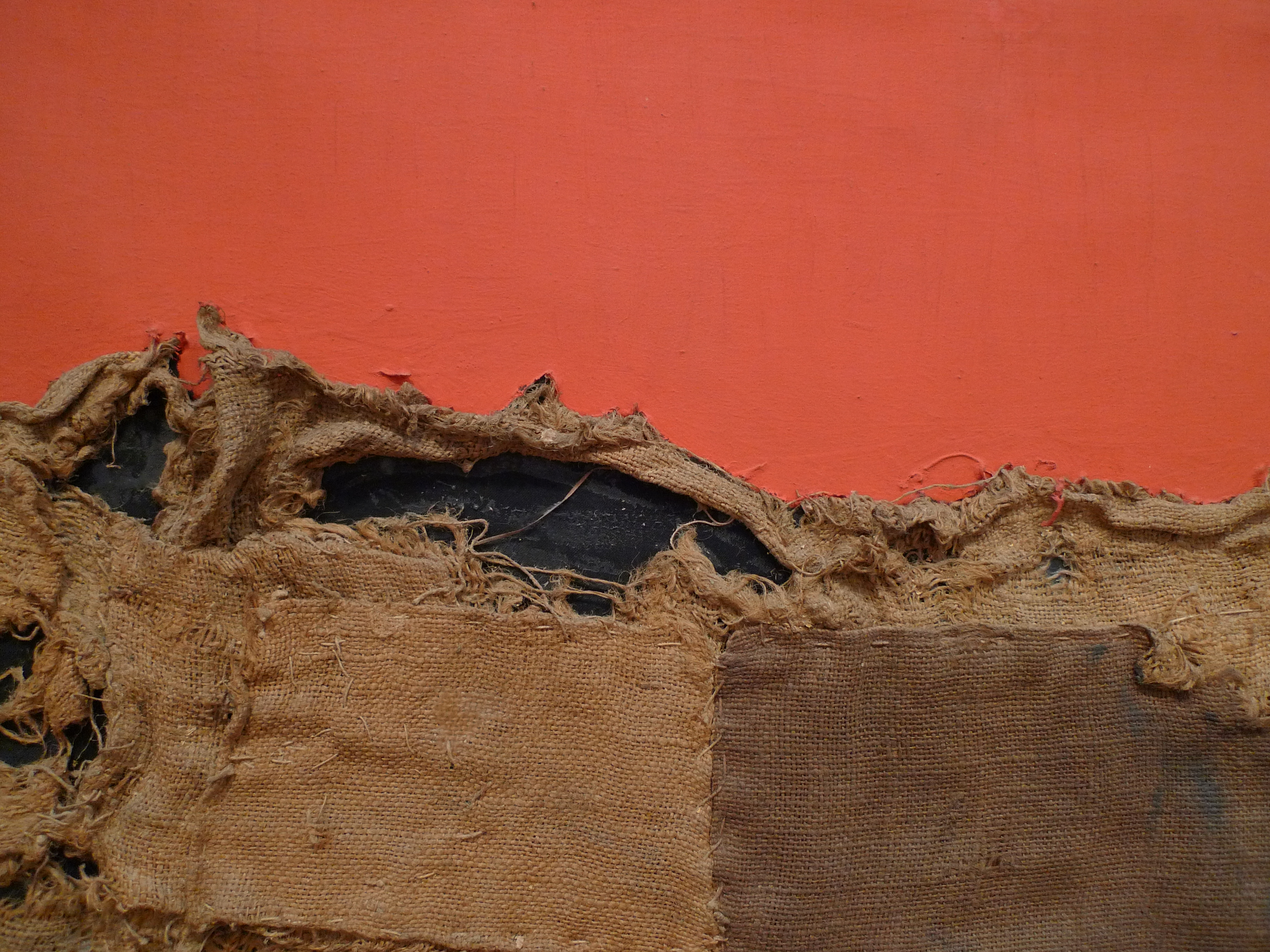 Alberto Burri is one of the most interesting yet little known twentieth-century artists. Born in Umbria, Italy, in 1915 he became one of the leading exponents of Art Informel in Europe during the 1950s. His experimentations with manufactured or synthetic materials can be read as an exploration of the aesthetic characteristics of industrial modernity and the post-war transformation of Italian landscapes. He was certainly influenced by Umberto Boccioni’s Technical Manifesto of Futurist Sculpture (1912), which exhorted artists to combine as many materials as possible in their work. Burri’s fascination with fire, metal, plastics, sacking, and the colour red in particular, was also a significant influence on Antonioni’s film Red Desert (1964), which explores the industrial landscapes of Ravenna. Burri pushed materials to their limits, examining variations in form and texture under extreme conditions, and produced works that evoke organic elements such as body parts, cracked mud, or even the vastly magnified strange worlds that are revealed under the lens of a microscope.

His recent exhibition at the Estorick, London, is the artist’s first solo show in the UK since 1960s. To encounter many of these works gathered together in one place, and to see their rich colours and intricate surfaces in close proximity, is a powerful experience. The discreetly lit gallery rooms cast their own subtle shadows across the many textures producing yet more variations. Though the almost deserted gallery was very quiet I could sense a kind of aesthetic hum as if these works could instil mysterious synaesthetic effects. It appears that Burri himself, however, was resistant to interpretation, claiming that words are of little use, and that his work speaks for itself. Yet it is difficult to ignore the wider context: his experience as a military field doctor before switching to art may have informed the bloody corporeality of some of his works; his encounters with the semi-arid landscapes of southern Italy or North Africa are strikingly evoked by the parched, cracked and burned spaces of some of his canvases; and above all, his consistent fascination with synthetic materials marks a tactile engagement with the manufactured worlds of modernity in all their strangeness and unpredictability.