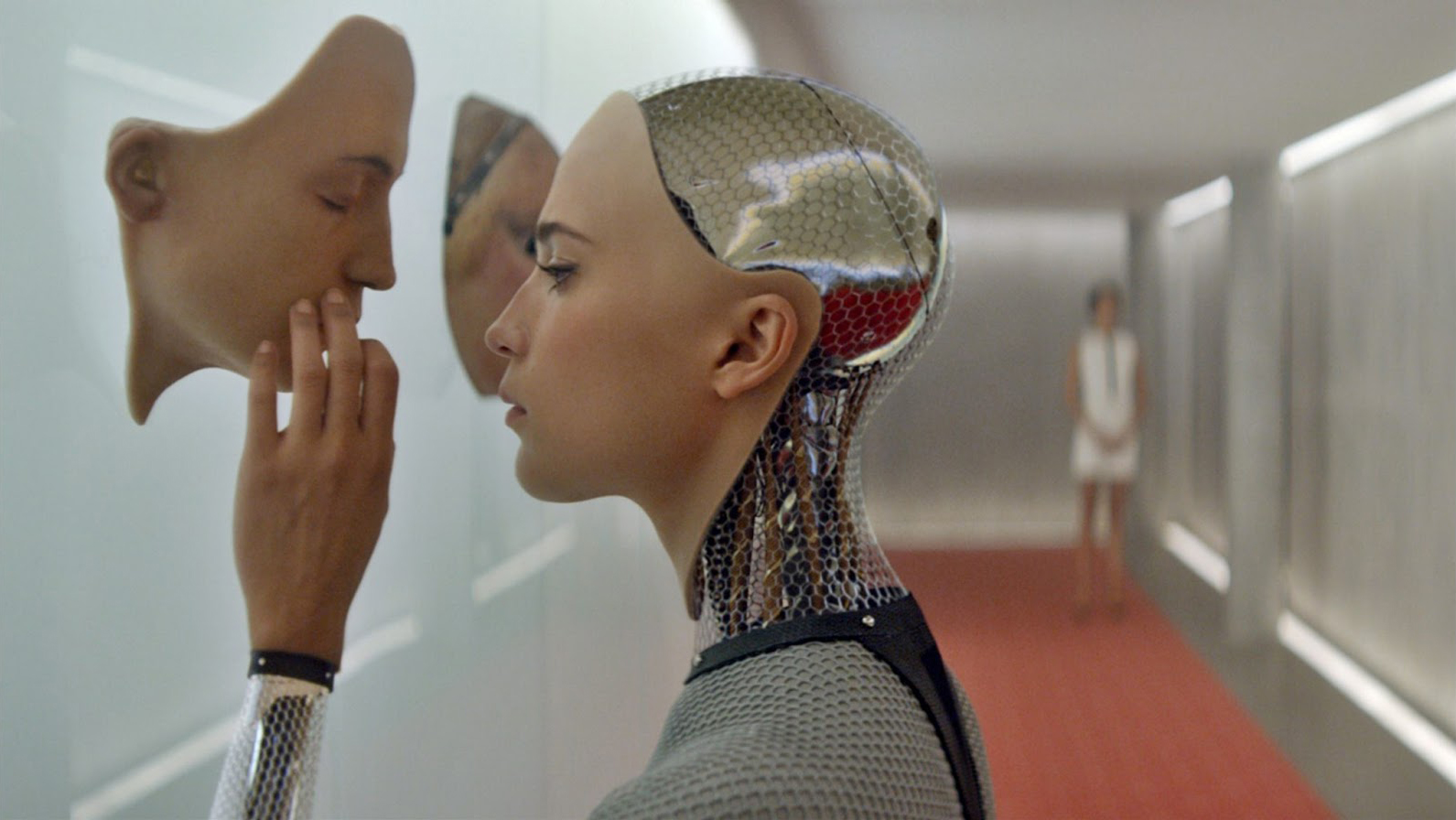 In this stylish and intelligent new science fiction drama, directed by Alex Garland, a young computer programmer is sent to an isolated research facility, run by an eccentric recluse named Nathan Batemen (played to terrifying effect by Oscar Isaac), to determine whether his new robotic creation possesses artificial intelligence.  The computer programmer Caleb Smith (played by Domhnall Gleeson) encounters an enigmatic female robot called Ava (played by Alicia Vikander), who quickly surpasses the boundaries of the Turing test, revealing what appear to be a range of human feelings including loneliness, vulnerability, and desire.   The emerging emotional connection between Smith and Ava, or rather projected onto Smith by Ava as part of an elaborate experiment, begins to unsettle the power relations within the subterranean labyrinth.

There is a touch of Tarkovsky’s Solaris (1972) here in Garland’sEx_Machina (2015) where the power of imagination emerges out of an interface between human and machine and consciousness resides in a tangle of wires and flesh.  The film’s spectacular denouement hints at a near future in which Turing’s anticipated avatars stroll among us.