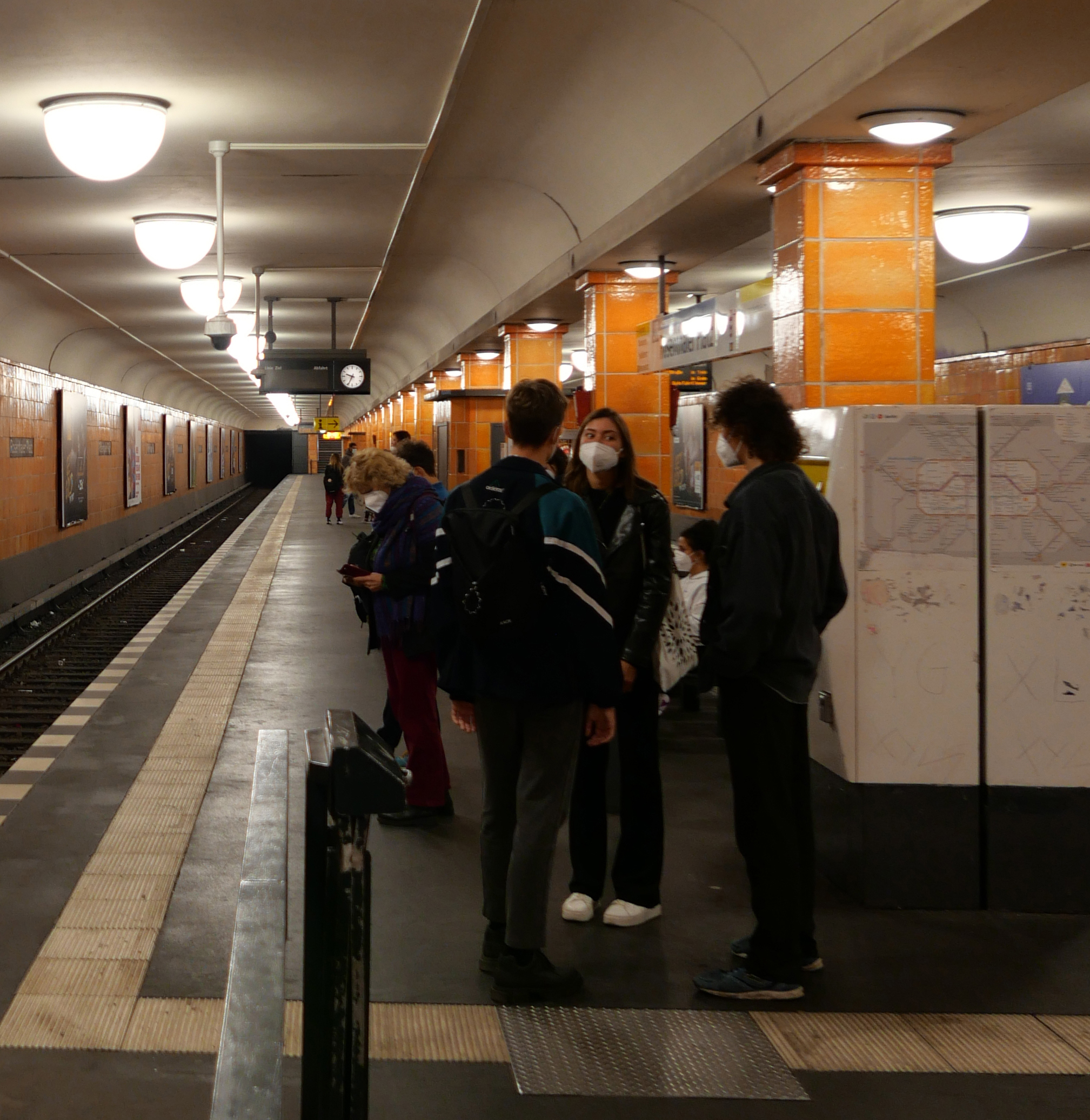 Over recent months I have been working in Berlin, Hamburg, and Munich.  Passengers on public transport systems are required to wear masks in order to protect themselves and others from infection with the Covid-19 virus.  Not just any mask but a medical standard FFP2 design should be worn (see my photo from the Berlin U-Bahn).  I have very rarely seen any passengers without masks apart from an occasional nose on display or the odd maskless mobile phone user (much to the irritation of other travellers).

In Germany the Covid-19 pandemic has focused attention on the need for competent science-led public policy marked by ambitious forms of large-scale governmental intervention to protect both public health and the economy.  It is arguable that a political swerve towards calm deliberation and rational decision making may even have contributed towards the surprise outcome of the German federal elections last September when Angela Merkel was suceeded by Olaf Scholz as chancellor.  More broadly, critical scholars such as Andreas Malm have asked whether the same level of seriousness in policy making might be applied to other threats such as climate change.

Whenever I return to London, however, I am shocked by the lack of compliance with public health measures.  Although mask wearing remains compulsory on London’s public transport system perhaps only half of the passengers make any effort to comply.  In the UK it appears that public health messaging has been steadily disintegrating for months, driven in part by the steady stream of revelations of rule breaking by law makers.  In the place of clarity and cooperation a sense of confusion and cynicism has taken hold.  It is worth recalling that some of the highest death rates from Covid-19 in the UK by occupation have been experienced by public transport workers and other front line staff who deliver essential services.  To wear a mask is an act of solidarity with vulnerable workers as well as other passengers.  The mayor of London, Sadiq Khan, has recently reiterated the requirement for people to wear masks on public transport but the police claim that they lack the resources to enforce these public health measures.  Earlier government aims to control or contain Covid-19 have been quietly abandoned on the grounds of political expediency bolstered by spurious herd immunity arguments.  Disparities in public health policy between England and other parts of the UK have been deliberately exploited to revive forms of English nationalism that have helped shore up support for Johnson and his acolytes within the Conservative Party.  We have somehow moved from what might have been a form of science-led public health policy towards a very different kind of social and political configuration led by shifting alliances on the right of British politics.