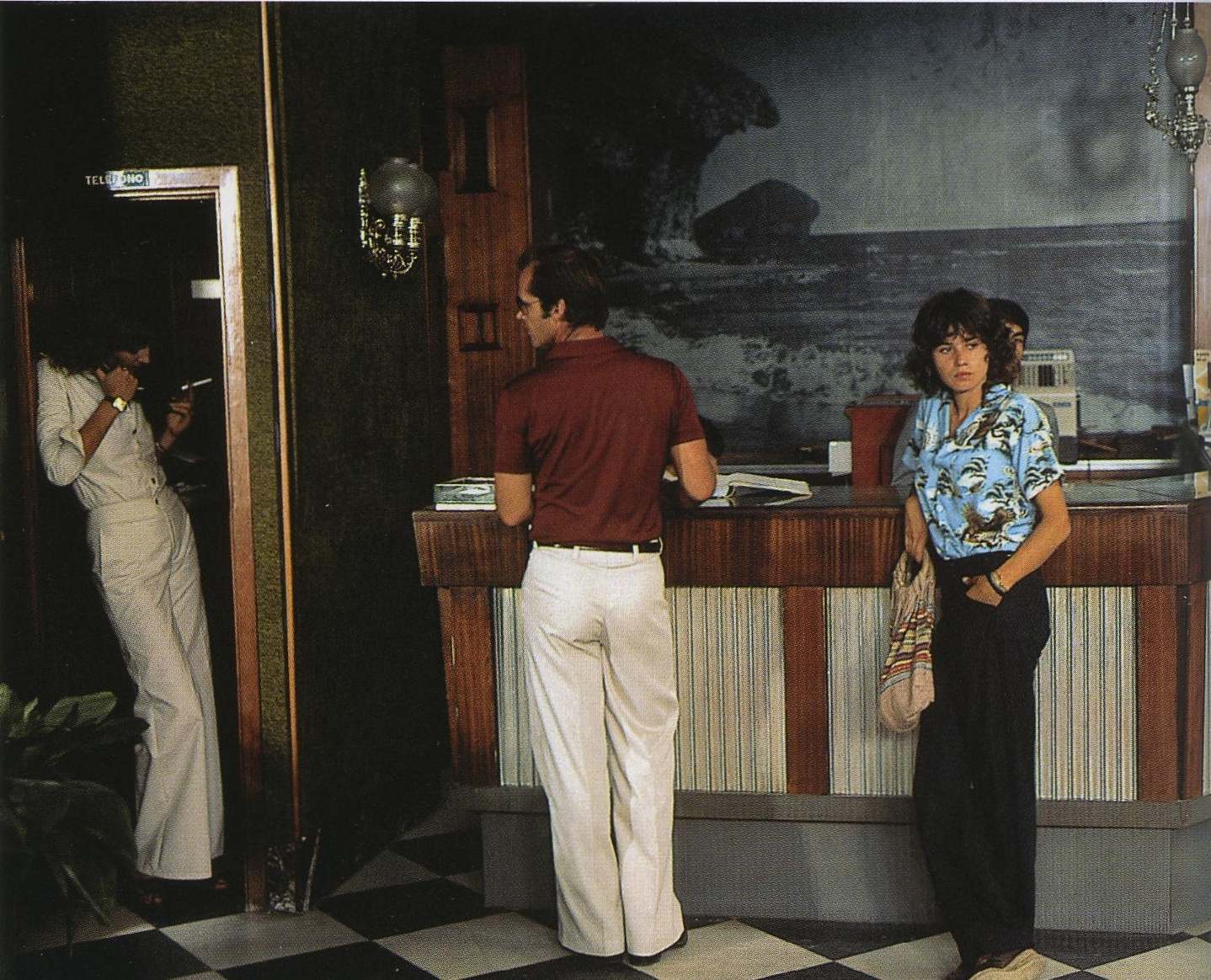 After reading Maria Schneider’s obituary yesterday I decided to watch Michelangelo Antonioni’s film The Passenger (1974), where she appears as a young architecture student who befriends a journalist, David Locke, played by Jack Nicholson, who has exchanged his identity with another man after finding him dead in a small hotel in North Africa. After taking his new identity Locke begins to enter the dead man’s life by keeping various appointments in his diary, including business meetings across Europe. In so doing Locke discovers that the man was in fact an arms dealer and that he has now immersed himself in the politics of a civil war, which he had previously only engaged with as a journalist. By the use of flashbacks, and in one instance a real documentary sequence, the film hovers between past and present, and between different strands of reality.

Although I have seen The Passenger a couple of times before it remains one of the richest and most complex of Antonioni’s movies with fascinating location shots in Chad, Munich, London and Franco era Spain (including sequences in Andalucia and Barcelona). From the opening scenes we find Antonioni’s characteristically sparse and geometric use of landscape, ranging from the dune formations of the Sahara to London’s Brunswick Centre. There is an intricate attention to detail such as the ambient sound of whirring fans, the architectural façades of Antoni Gaudí or swirls of dust in an orange grove, that evoke the fog of his earlier film Red Desert (1964).

Perhaps the most striking sequence is when they leave Barcelona in an open top car, driving at speed into the Catalan countryside. “What are you running away from?,” asks the student. “Turn your back to the front seat,” replies Locke, and we see her delighted expression bathed in the dappled sunshine of the roadside poplar trees as she observes the road receding into the distance.

The Passenger is about identity and the ultimate impossibility of escaping from ourselves. This at times obtuse yet technically brilliant film uses landscape to great effect to evoke a spectrum of emotions from wonder to despair: Antonioni is intrigued by the psychological “effects” of landscape and the possibilities for space to elicit unexpected responses from his cinematic protagonists. The pacing of the film is slow: the tragic denouement, for example, is conveyed by a remarkable seven-minute tracking shot that brings together all of the main characters. Yet the slowness of the film is vital to its effectiveness as an exploration of mood, place and the subtleties of human relationships.