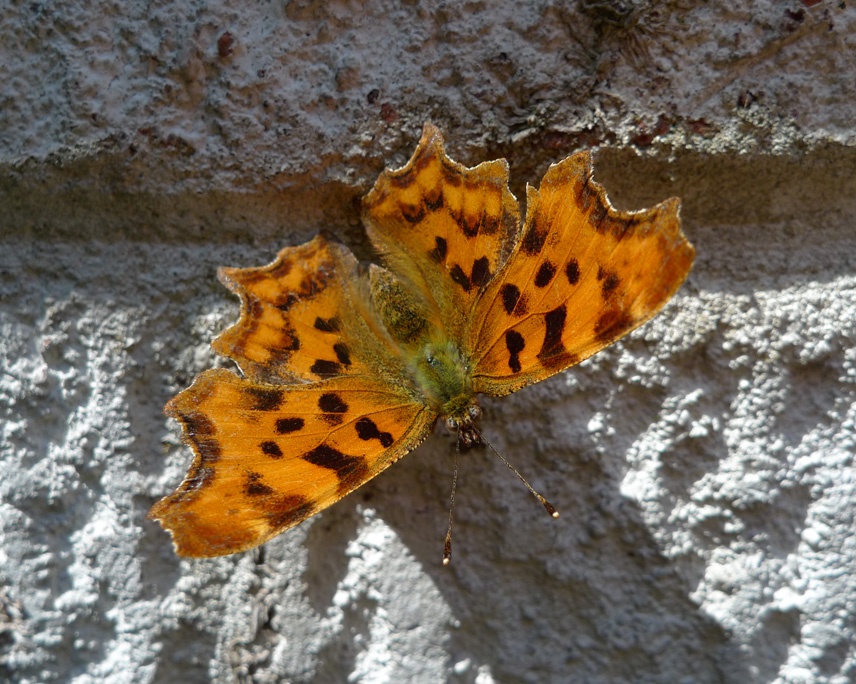 Yesterday morning I came across the first Comma butterfly of spring sunning itself near a busy road in north London. The Comma, Polygonia c-album, gets its name from a small white comma-shaped mark on the underside of its wings. Apparently first described in 1710 by the naturalist John Ray in his Historia Insectorum it was known by various names in the eighteenth century including the Silver, the Pale and the Jagged-wing.

Formerly very widespread in Britain during the nineteenth century it had by 1913 retreated to a narrow strip along the English-Welsh border. It then staged a dramatic and on-going comeback. One factor is undoubtedly a switch in larval foodplant away from hops — the cultivation of which declined steadily in the latter half of the nineteenth century — to the ubiquitous stinging nettle Urtica dioca to be found at the edge of fields, disturbed ground and almost anywhere where there has been human activity. Other factors may include climatic fluctuations but scientists remain perplexed about the full explanation.