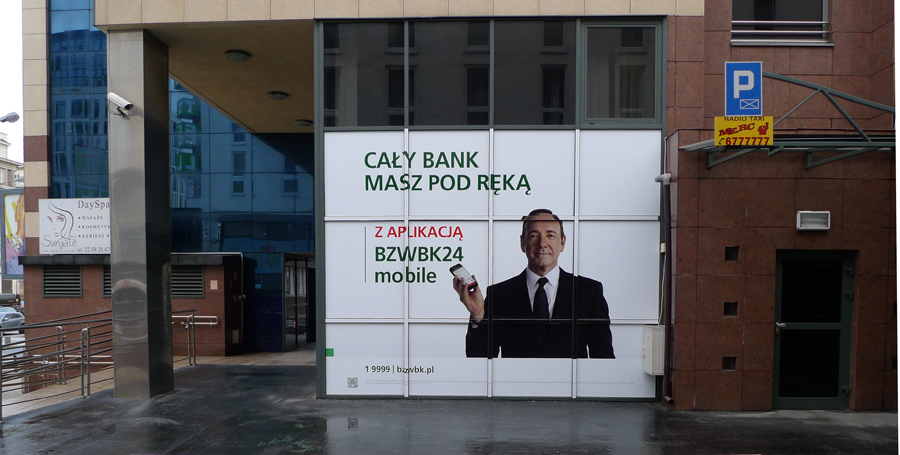 I recently took the Berlin-Warszawa-Express and made my first visit to Warsaw. As soon as you leave Berlin’s Hauptbahnhof you are already in Poland: freshly cooked pierogies are immediately available in the restaurant car. The crowded car necessitated a nicely Hitchcockian juxtaposition of strangers: behind me I could hear an urgent discussion about the political situation in Belarus.

My hosts were mainly architects and urbanists who explained to me how post-socialist Warsaw has been characterized by a construction frenzy, especially on the urban fringe, so that the grey vistas of state socialism now jostle alongside a kind of neo-Disney palette of pink and orange. The sense of a postmodernist hangover is perhaps most directly evoked by Daniel’s Libeskind’s Złota 44—an immense edifice of luxury condominiums plonked right in the middle of the city.

One of the most characteristic features of Warsaw is the use of almost every available space for advertising: above all, during my visit, the ubiquitous presence of the actor Kevin Spacey to promote a mobile phone network. Spacey seemed to peer at you from all angles as if he formed part of some ill-defined political campaign. The powerful effect of an urban landscape dominated by billboards is reminiscent of the geographer Anton Wagner’s encounter with Los Angeles in the early 1930s.  Wagner was fascinated by the garish landscapes produced by weak or uncertain planning regulations: a topography in which real spaces were hidden by a proliferation of imaginary ones.