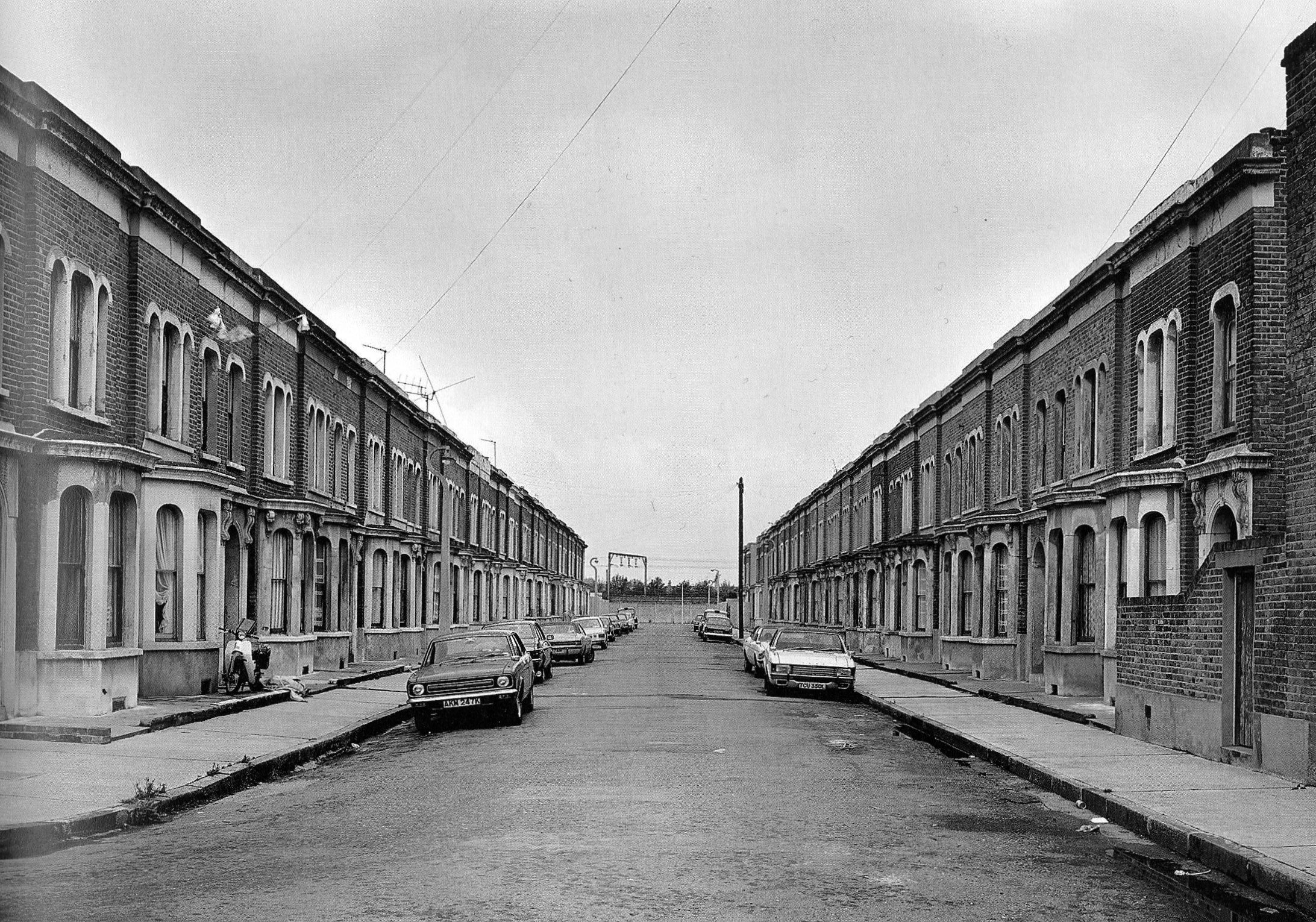 Among the eighteen photographers featured in the recent show Constructing Worlds at the Barbican Centre in London I want to reflect for a moment on the work of the German artist Thomas Struth.  Struth forms part of an influential circle of former students of Bernd and Hilla Becher at the Düsseldorf Academy where significant advances were made in the use of large format black and white photographs to record the scale and detail of urban and industrial landscapes.

One of Struth’s photograph stands out for me in particular, entitled Clinton Road, London (1977), which captures a wide-angle view of an empty London street, perhaps on a Sunday morning so as to be as unobtrusive as possible (save for a possible curtain twitch to the left).   In a series of photos taken in the late 1970s in several cities—among them Brussels, Cologne, and New York—Struth sought to distil the essence of an entire city into a single image.  In the case of London this is no easy task.  Nevertheless, this street is instantly recognizable as an example of the type of turn of the century terrace housing that dominates many of London’s newly built suburbs of the late nineteenth- and early-twentieth centuries.  There is a studied ordinariness to this image that captures something of the enigma of London as a city.

Sometimes it takes an outsider to notice what is taken for granted.  Like the Danish architect Steen Eiler Rasmussen achieved, with his marvellous book London: the unique city, first published in 1934, Struth has also managed in the field of photography with his carefully chosen location.   That this image is a large format image, with all the skill and technical complexity that that entails, merely adds to its poignancy.  And with the use of black-and-white rather than colour, the image seems to be both closer in time and yet simultaneously further away.