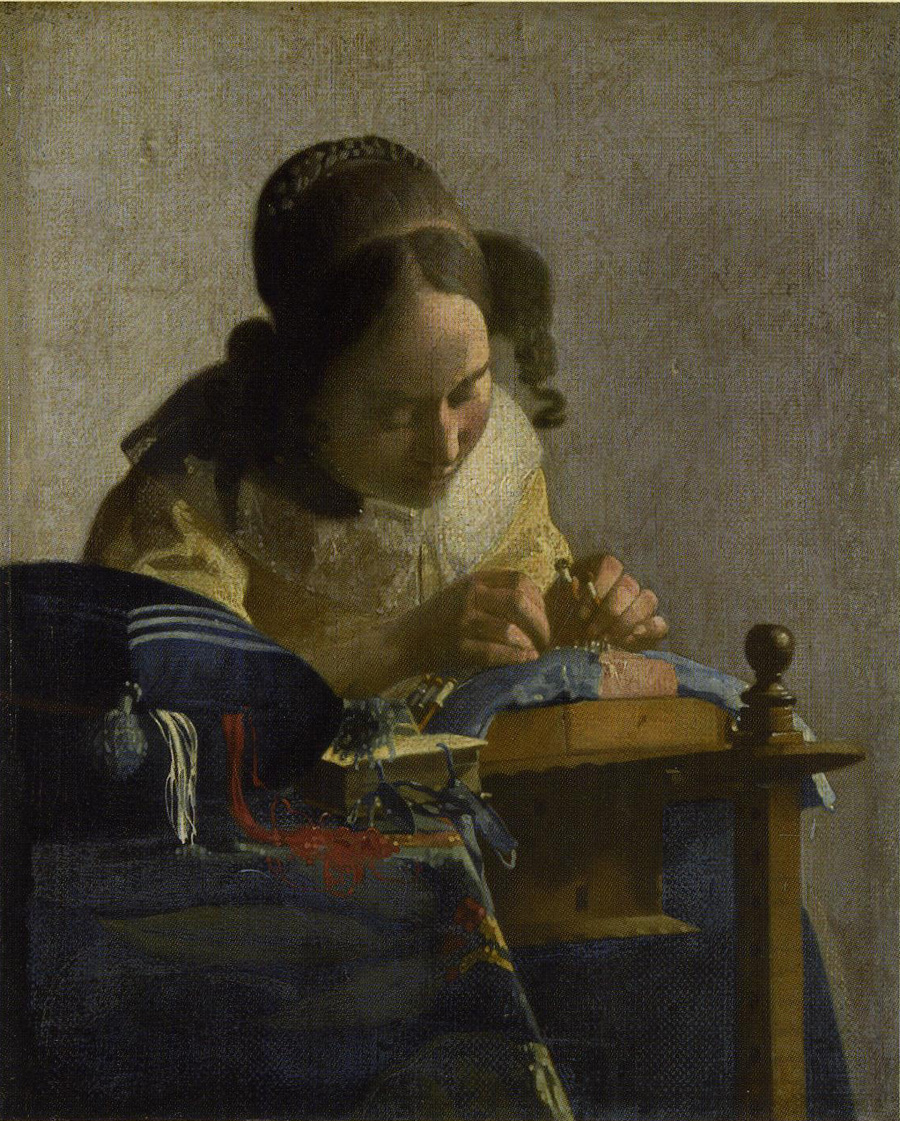 I set off in the winter gloom yesterday to see a small exhibition of the seventeenth-century Dutch artist Johannes Vermeer and some his contemporaries at the Fitzwilliam Museum in Cambridge. Given that so few of Vermeer’s paintings still exist it was wonderful to see four in one go alongside a range of lesser known artists such as Gerard ter Borch and Nicolaes Maes, as well as more familiar works by Pieter de Hooch and Jan Steen. The exhibition entitled Vermeer’s women: secrets and silence focuses on the depiction of women in a series of interior settings engaged in various tasks ranging from household chores to more contemplative moments reading, writing or playing music. Many of these paintings — which deploy various strategies in achieving different level of realism — consist of frames within frames: windows, doorframes, picture frames, linked courtyards (as in de Hooch) and other elements that emphasize our immersion in an interior and largely private landscape of domesticity that is dominated by the presence of women.

Seeing these paintings gathered together it is interesting to consider whether Vermeer’s pre-eminence within seventeenth-century Dutch art has been simply a quirk of canon formation or a real reflection of his better work. With the partial exception of de Hooch this exhibition shows that Vermeer was way ahead of his contemporaries. The structure of his compositions is less cluttered and by tending towards abstraction Vermeer paradoxically emphasizes the faithfulness of his works to human perception since our eyes shift their focus within any given frame to emphasize certain elements over others: in this way what we actually see is as much a reflection of our mind as what is actually there before us. In works such as The lacemaker (c. 1670) and The music lesson (c. 1662-3) there is a use of variation in soft and sharp focus to directly emulate and at the same time subtly guide the human eye. His works also lack elements of whimsy or Arcadian motifs lurking in some of his contemporaries: the exterior view in Conelis de Disschop’s rather dreary Girl peeling apples (1667), for example, depicts not a Dutch town but what appears to be some ivy-clad Italianate ruins. Most significant of all, however, is Vermeer’s use of light, which is so effective and so meticulous that it reveals not just the shimmering beauty of everyday objects or the human figure deep in contemplation but also works as a deeper metaphor for human thought and creativity itself.