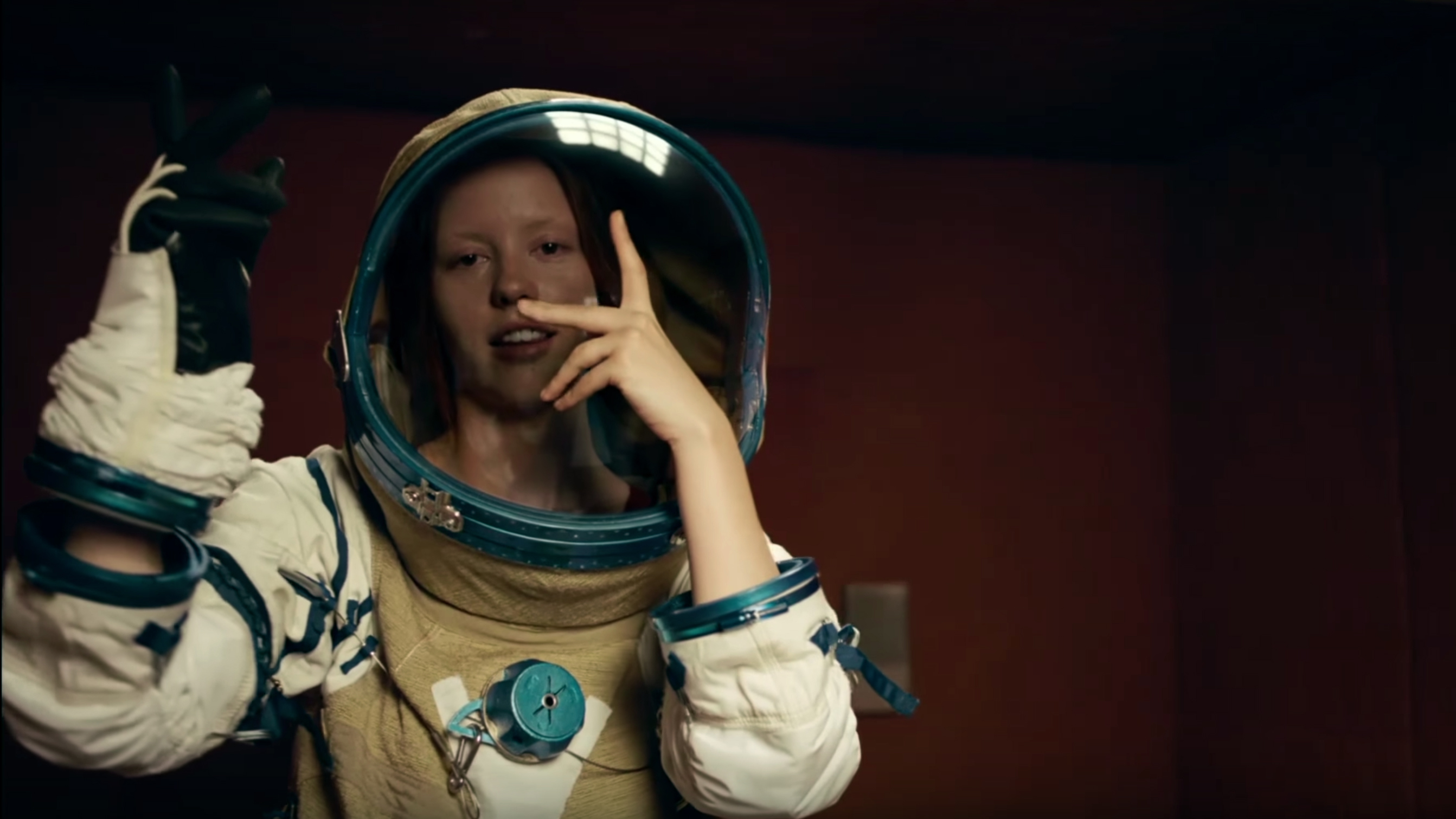 The grim possibilities of multi-generational space travel to reach potentially inhabitable reaches of the solar system are explored in Claire Denis’s film High Life (2019) where human “refuse” is propelled into space as part of a system of extra-terrestrial laboratories. The scarred and psychologically damaged human cargo are “recycled” as part of a largely unseen nexus of scientific experimentation.  The film presents an unsettling post-human journey in which the limits to humanity become brutally exposed: in one strange sequence the decaying spaceship docks with another experimental space station full of dead and dying dogs.  The doomed mission lies trapped in a liminal state between the claustrophobia of confinement and an inky abyss beyond.